Healy Corp recently had the honor of facilitating some media interviews for Alexandre Ricard, CEO of Pernod Ricard.  This article, written by Carol Hymowitz of BloombergBusiness, does a great job of showcasing the role that social media is playing in Mr. Ricard’s plans to grow the French distillery business.  Read it here. 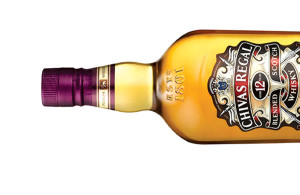 The centerpiece of Alexandre Ricard’s Paris apartment, a short walk from his corner office at Pernod Ricard, is a bar displaying 500 bottles of his company’s spirits. Carved into the counter is the phrase “Make a new friend every day,” a favorite of his grandfather, who founded the business. Ricard, 42, who’s been chief executive officer since February, says it’s a reminder of his past and what he must do to nurture Pernod’s success in the Facebook era.

The best way to revive sales of an aging product is to sell “moments of consumption,” Ricard says. Instead of telling consumers that its Chivas Regal Scotch is produced at the oldest operating distillery in the Scottish Highlands, Ricard is taking a contemporary marketing approach. “In the past, if you got a customer to enjoy Chivas Regal, it would be his drink for decades. But millennials are fickle and choose different drinks for different occasions,” he says. “We have to market to their repertoire and their experiences.”  Read more…

This entry was posted in News & Notes. Bookmark the permalink.