Aiming to Break Out in a Crowded TV Landscape 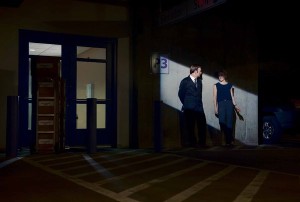 Check out this article by Emily Steel of The New York Times about some of the latest developments in the TV industry as players work hard to stand out.  See below:

The demand for original scripted television series is white hot.

Against a backdrop of sharp ratings declines, rising competition from digital services, a deteriorating advertising market and fierce battles with cable and satellite companies, television groups are pouring more resources than ever into developing programs they hope will help their networks stand out from the pack and lure viewers.

Those programs are taking center stage this month during the industry’sTelevision Critics Association winter presentations in Pasadena, Calif. The tour started last week with Netflix and a lineup of cable networks introducing their coming shows.  Read more…

“Game of Thrones” Comes to IMAX 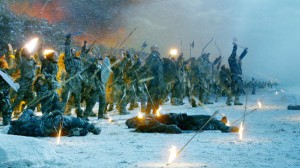 The last two episodes of the previous season of “Game of Thrones” will also be shown on Imax screens later this month. Credit HBO

Exciting news from Healy Corp client, IMAX, as it announces plans to feature HBO‘s “Game of Thrones” on 150 IMAX theaters beginning later this month. Check out this article, written by Emily Steel of The New York Times.