Traditional Media is Alive and Well 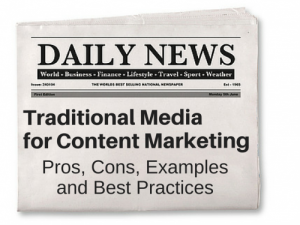