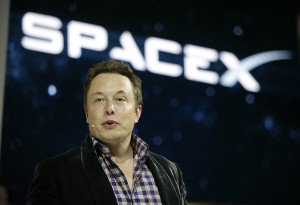 Are you up for a trip to Mars?  Check out the latest news from Google as reported in today’s The New York Times:

SAN FRANCISCO — Google likes its ambitions sky high. This time, it has gone a little further.

The Internet giant, along with Fidelity, has invested $1 billion in Space Exploration Technologies (SpaceX), the private rocketry company founded by Elon Musk. The move could help Google achieve its aim of bringing satellite Internet to remote corners of the world while giving SpaceX more money for its founder to pursue dreams of going to Mars.

In addition to a payoff on its investment, Google may be seeking to put itself into orbit. Last year, Google bought Skybox Imaging, a maker of small, high-resolution imaging satellites, for about $500 million. Google already offers satellite imagery in its Google Earth product, but must purchase these images from multiple sources, often receiving what company executives have said is uneven image quality.  Read more…