What was your reaction to Sunday’s Super Bowl commercials?  Did you have a favorite?  Read on for the Bulldog Reporter’s take, presented by Richard Carufel.  Read complete story here.

Does Somber Tone of Super Bowl Ads Reflect a Shift in Marketing and PR’s Messaging and Targeting? Cause Wins the Day

From Nationwide’s ghostly spot about dead kids to the NFL’s own sponsored ad targeting domestic abuse, the 2015 Super Bowl commercials were collectively among the most somber of all time. Many of this year’s advertising brands opted to associate their messaging with a social cause or otherwise sentimental issue—suggesting that the targeted approach of advertisers is shifting.

There was also a diminished presence of humor and sex, marking a dramatic shift from Super Bowls past. Instead, cause marketing and true-to-life engagement took center stage during breaks from the game–which itself carried a heavier tone this year than usual, with fluffier controversies such asDeflateGate coupled with heavier issues surrounding the NFL this year, such as the Ray Rice sex-abuse episode and newly inflamed allegations that playing football can lead to concussions and other head trauma. All in all, the tone of the ads perfectly matched the seriousness of the PR crises resting on the NFL’s shoulders. 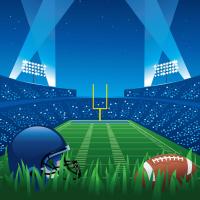 Super Bowl Marketing Insights: This Year’s Big Game Consumer-Viewing Habits Will Demand New Strategies for Brand Advertisers
Super Bowl ads…what strategies will marketers need to use this year?  Check out this article that ran in today’s edition of the Bulldog Reporter’s Daily ‘Dog.